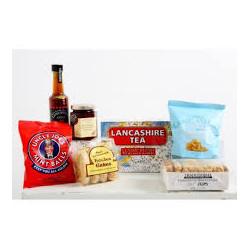 The first motorway in the UK was built in Preston. Originally the Preston bypass became the start of the M6